In Savage Worlds Deluxe Explorer's Edition there are five sample adventures in the back of the book. They call them, One Sheet Adventures. There are also plenty of One Sheet Adventures found on their site. Though, when they say, "One Sheet," they mean front and back. Which I would consider to be two pages. And we know that I am more of the One-Page writer.

Now, let me say that I love the structure of their One Sheet Adventures. The reason why is found on page 166: "Our goal is to give Game Masters something they can read, understand, and be ready to run in just a few minutes.....We get right to the most important aspects of the adventure-the setup, what is expected to happen, and the statistics to any monsters or villains the heroes are likely to fight. You won't find details on the surroundings or statistics for nonplayer characters who aren't directly important to the plot. Those are left for you, the Game Master, to make up as you go and as they become important to your session."
This is exactly the same structure I try to achieve in my One-Page Adventures. Though, I understand this style of GMing/Adventure might not best suite every gamer. But it sure does help me. I do a lot better with thinking on the fly and taking an idea and molding it together with the players. But now I want to take my style of One-Page Adventures and create them for Savage Worlds. Which means it will look completely different from my OSR One-Page Adventures.

In my last post I mentioned how I want to run a game, Saturday Morning Savages, based on 80's & 90's cartoons. I already have an idea for an adventure with this setting with the famous TMNT villains, Bebop & Rocksteady. I will be working on this some while trying to develop a style that will work best for my One-Page Adventures for Savage Worlds.

I am currently taking a break from the traditional d20 (D&D) style of gaming. And in doing so I discovered Savage Worlds for the first time. For $10 you can get a Print & PDF copy of Savage Worlds Deluxe Core Rules. And I thought for $10 even if I didn't like it then it wouldn't be a complete loss. Fortunately, I am already a fan of Savage Worlds.

With that I've been playing around with the rules figuring out how this game works. I love how genre neutral this system is. Even with choosing one of the archetypes in the book you could take one archetype and build it for any genre. Another thing that is great about this system is how easy character creation is. Including, creating custom races. I've been having a lot of fun playing around with the race creation rules. And with that I believe I know what my first Savage Worlds game is going to be.

Saturday Morning Savages
A gonzo setting where the worlds of our favorite cartoon shows collide and the heroes must join forces against the evils of the worlds. I have created a few custom races that represents the character types of some of our favorite shows.

Humans are the core character type of Savage Worlds. I've found that most Savage Worlds games tend to only have Humans as the playable character type since they can still be literally anything they want. Which I love! For Saturday Morning Savages Humans represent the Human type of heroes in our favorite cartoon shows. The Ghostbusters, The He-Mans, The Vigilantes, The Detectives, The G.I. Joes, The Dr. Quests (or Dr. Ventures), The Race Bannons (or Brock Samsons), The Dino-Riders, etc.

Thunderians
Sight Beyond Sight: Thunderians have Low Light Vision and a +2 to Notice when using one sense.

Feline: Choose a type of feline your Thunderian best represents and select one Attribute starts at d6.
Of Good Omens: Thunderians have the Code of Honor hindrance. I am currently working on a Saiyan race for this setting. Let me know what you think of these races for Savage Worlds and what other races you would like to see for Saturday Morning Savages.
at April 25, 2018 No comments:

Just wanted to inform everyone that I am still around.
Just need to take a bit of a break.
I'm still on said break.
I just need to let my brain and body rest.

A to Z Challenge - G 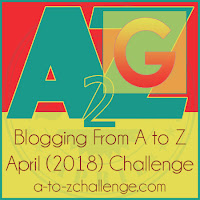 Girl
Commoner
Female Human
"I love to bake honey bread for my daddy!"
Description
The girl appears to around 8-12 years old. Her garments are clean, well kept and she is always wearing a different attire each day. There is also something slightly different about her physical appearance that changes. There is a tiny chance (5% chance) that this girl can be seen in two or more different locations around the same time.
Wants
The girl wants to take over the town along with her fellow Doppelgangers. She is one of nine Doppelgangers that are hidden within the town. All nine of them take the appearance of this girl. They keep the girl as a prisoner inside one of the few homes they have taken for themselves.
Fears
She (they) fears of being exposed for what she (they) really is before she (they) has control over the town.
at April 07, 2018 3 comments:

A to Z Challenge - F 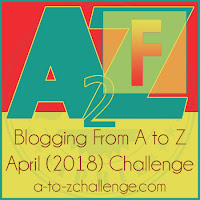 Frof
Cartographer
Male Ratling
"I have eyes and ears everywhere. I ink all that is seen and heard."
Description
Frof is an old gray furred Ratling. He is missing both of the lower half of his legs. He sits upon a raised wheelchair type of device. His tail is extremely long and slender. He wraps the tip of a feathered pen at the end of his tail. He is ambidextrous and writes/draws with both his hands and his tail.
Wants
Frof has dedicated the last seven years of his life writing and mapping the depths of Rappan Athuk. His rats and other contacts rarely return with enough information. He has pieces here and there of various locations within Rappan Athuk but would pay a great deal of money with information that could finish his work.
Fears
Frof is a simple Ratling with no real fears other than leaving his work unfinished.
at April 06, 2018 No comments:

A to Z Challenge - E 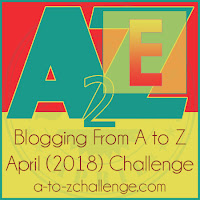 Elm Bloodstone
Prophet of Mela, Goddess of the Insane
Female Dwarf
"The faces they speak to me, the voices they look to me."
Description
Very much like her mind, she has let her appearance go. Her hair is tangled in knots and drags on the ground as she walks. She is covered in dirt and mud and her garments are torn and barely cling on to her body. She wanders the passageways of the dwarven city completely barefoot, both mumbling and screaming about Mela and the war of the gods.
Wants
Elm wants to warn her clan of the war of the gods that is currently happening behind the scenes. She claims to be Mela, the Goddess of the Insane, trapped inside the dwarven body of Elm Bloodstone. She actually is Mela....or maybe she's not.
Fears
She fears Filo, the God of the Insane, whom trapped Mela in the body of Elm Bloodstone. Well, she claims Filo did this. He might have, that is, if Filo and Mela even exist.
at April 05, 2018 No comments:

A to Z Challenge - D 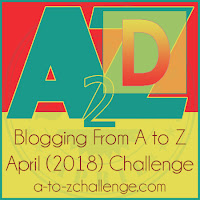 Dastrun
Antiquarian
Male Minotaur
"Bull might be in the name but I'm not a bull and I don't take any bull."
Description
Dastrun towers over most humans by a foot or two. He wears elegant robes made of the finest silk and often bright and flashy colors. Many jewels and bells hang from his horns and his fingers are covered in rings. Dastrun is highly intelligent and can speak Common, Dwarven and the Elven tongue. Though, his extremely unusual intelligence doesn't get in the way of his sense of humor. He owns an antique shop, Bull in an Antique Shop.
Wants
Dastrun wants the complete volumes of Aclabahn's Ink Portraits of the Unknown. Out of the seven volumes he is missing volumes three, five and six.
Fears
Dastrun has been having some break-ins into his shop recently. Though, nothing ever is stolen but rather damaged and destroyed items. He fears that Bailey Digby, a local shop owner, is behind the break-ins.
at April 04, 2018 1 comment:

A to Z Challenge - C 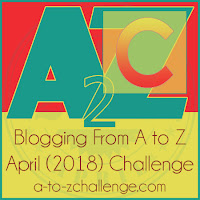 Cara Maggotstench
Lich
Female Halfling
"Only life is for the living."
Description
A scold's bridle is strapped to the head of the undead halfling. She wears tattered leathers made of the flesh of various victims. Her bones grind and squeak and her tendons and ligaments stretch and snap as she moves about. She supports her twisted body with a spine of a human with the skull still attached at the end.
Wants
Cara wants to restore her body to what it once was before she became a lich. In doing so she's been collecting the skin of her victims and stitching them together to make a suit of sorts she can wear over her undead body.
Fears
Cara fears the goddess Kerith and her devout followers.

A to Z Challenge - B 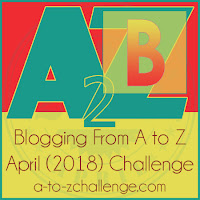 Boggs
Giant Spider Breeder
Male Goblin
"Webbin' only. Poison kin' is for killin' and I'm no kill'r....anymore."
Description
His ears are clipped at the ends and he wears a black wig that covers most of his head and face. Boggs wears makeup to make his face a flesh color to hide the green skin. His garments are bland colors such as grays and browns and often covered in webbing. Boggs knows the dwarven tongue.
Wants
Boggs wants to establish a legit business in breeding and selling giant spiders. Though, he refuses to breed poisonous spiders.
Fears
Boggs lives in constant fear that his true identity would be revealed. But more than that he fears coming across goblins and the life he is running from.
at April 02, 2018 1 comment:

A to Z Challenge - A 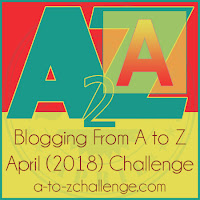 Arli Wolgro
Adventurer - Paladin (Level 4)
Female Human
"Kerith, shine your light upon me revealing your path."
Description
The left side of Arli's face is covered in burned scars and she wears a patch over her missing right eye. She keeps the left side of her head shaved while on the right side her blonde hair rests on her shoulder. She wears bright green and yellow garments in honor of her goddess, Kerith. Underneath her armor and garments her body is covered in various scars.
Wants
Arli desires to return to her home village from which she was kidnapped and sold into slavery when she was but a child. She wants to show the light of Kerith to her family and villagers.
Fears
Years of torture has caused serious trauma within Arli causing her to be crippled with night terrors. She despises torture and slave traders.
at April 01, 2018 1 comment: