I finally received my hardcover copy of Solar Blades & Cosmic Spells by Diogo Nogueira of Old Skull Publishing. I've been reading through the PDF like crazy already until I got the physical book.  This isn't a review post but more of a, "What I've been able to do with this book so far" post. With the PDF I have taken the time to create up some characters to get a feel of how character creation works. Mainly, using the Concept, Complication and Race/Species creation. I've also played around with creating the universe using the many tables to roll on to generate the random universe. And of course rolled a lot on the monster creation tables.

Just this morning I rolled up a character and wanted to share what he is.

Complication: Hunted by The Helsing Order
Level: 1         Adventures Until Next Level: 3 (+1 for being a Space Vamp)
Archetype Abilities: You Can't Hit Me; That's an Easy Target; Luck is on My Side; I Know How to Do This

I also did some artwork for some monsters I rolled up using the tables in the book: 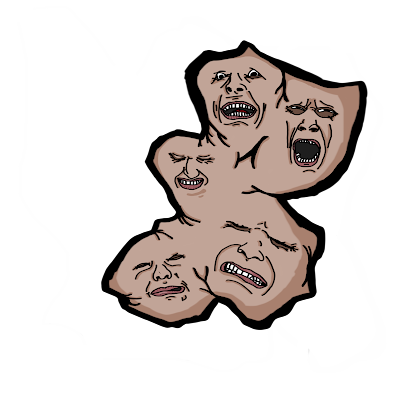 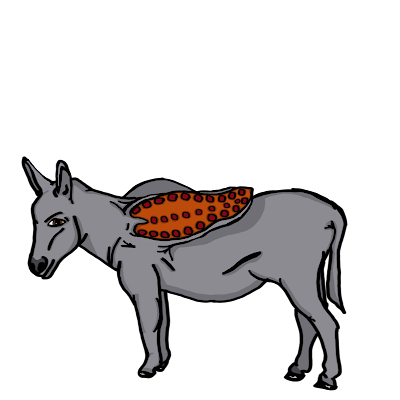 I created this monster by rolling up Beast --> Body of an animal and extra arms of another --> Body animal: Mule --> Arms animal: Starfish

I have created stats for the Starmule and a humanoid species (I have not drawn this creature).

Starmule
HD: 2
Starmules can be used as mounts. Though, their explosion ability can harm the rider. Ride with caution.
Special Abilities: Magical Immunity. Explosion - 2d6 damage in a close range. A successful Agility test reduces the damage by half.

Justin Isaac of Halls of the Nephilim is the head writer for this project. It is part of Kickstarter's Zine Quest that is happening through the month of February. I will be supplying some artwork and some writing here and there. Also, working on this project is David Coppolletti. You can find some of his artwork in Solar Blades & Cosmic Spells (review coming soon) and the DCC Zine, Gongfarmer's Almanac.

As I write this blog we are just over halfway to being funded. Currently at $510 and the goal is $1,000. And we still have 24 days to go so it looks like this project might actually be funded. And we are super excited about that! If this is funded it will more than likely push us to do more projects together.

I've also recorded an episode on this project over at my Podcast, JB Publishing.

I've checked Kickstarter's site and it appears that there are about 50 or so Zine Quest project. But only one of those has my artwork in it. So if you want to support my artwork and writing then I suggest you go on over and make a pledge. If you can't make a pledge you can still share the Kickstarter to your friends, family, enemies, lovers, coworkers and all people. 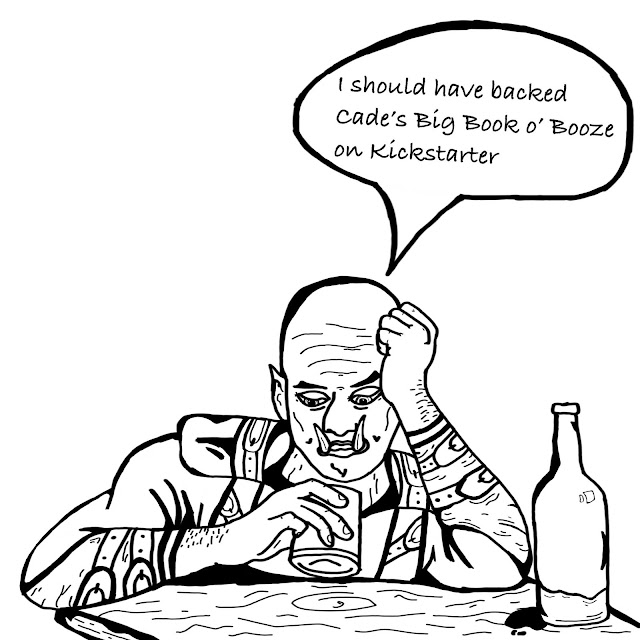